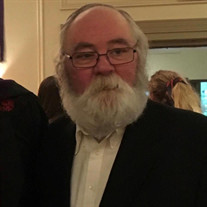 Wayne Andrew Smith, of Anniston, Alabama, passed away from natural causes on January 29, 2022 at the age of 72. Wayne was born on November 12, 1949 to Willie Lofton “Gip” Smith, Jr. and Vivian Vinyard Smith in Birmingham, Alabama. Wayne graduated from Brandon Hall in 1968 and went on to work for his father before pursuing several vocational passions throughout his lifetime, ultimately landing on a career in car sales. In 1987, Wayne met his wife, Jane Marie Eldemire, in Birmingham. Wayne and Jane were married for thirty-four years, having two children, Lucas Andrew Eldemire Smith (33) and Jacob Neal Eldemire Smith (29). Wayne was a colorful story-teller, an avid golfer (a game, according to Wayne, which “could make a preacher cuss”), a rabid college football and Atlanta Braves baseball fan, an expert Texas Hold ‘em player, and a devoted advocate and mentor within Narcotics Anonymous (NA) and Alcoholics Anonymous (AA). Wayne was predeceased by his father, mother, and brother, Neal. He is survived by his wife, Jane, his brother, George Smith (Patricia), his daughter, Wendy Mullins (Jay), his sons, Luke and Jake (Molly), and seven grandchildren, Meagan, Dillan, Shannon, Emma, Cooper, James, and Kristen. Memorial services celebrating Wayne’s life will be held at Sacred Heart of Jesus Catholic Church on Thursday, February 3, 2022 at 11:00 am CST. In lieu of flowers, the family requests that donations be made to Wayne’s and Jane’s home church, Sacred Heart, and specifically the Sacred Heart Building Fund. The family would like to extend its warmest regards and appreciation for Encompass Home Health and Hospice Care for the care and support they provided to Wayne over the previous two years.

The family of Mr. Wayne Andrew Smith created this Life Tributes page to make it easy to share your memories.

Wayne Andrew Smith, of Anniston, Alabama, passed away from natural...