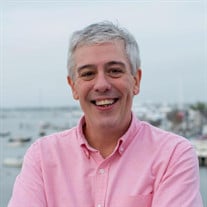 Victor Darrell Henley, known as Vic to family and friends, passed away on April 6th, 2020 from a pulmonary embolism. He was 57-years-old. Vic was from Oxford, AL and has lived in New York City for almost 30 years. Vic was a graduate of Auburn University and was set to become a stockbroker before he landed a spot in comedy. Being a comedian brought Vic so much joy. He often spoke of how much he loved his life, and he met so many wonderful friends throughout his career and time in NY. The world loved Vic for the smile and laughter he brought to us all. The amount of venues he performed in around the country and being nominated 8 times for Comedian of the Year tells you a small amount of the respect he had in his industry of work. He was the co-author of a national bestselling book with Jeff Foxworthy. He's appeared on almost every stand-up show on television including HBO, CBS, NBC, FOX, MTV, BRAVO, CMT, A&E, and The History Channel. He appeared on SiriusXM radio shows such as Opie Radio and the Opie and Anthony show. He was a VH-1 VJ and had his own Comedy Central special as well as performances on shows like The Late Show and The Tonight Show. He toured with comedians all over including Ron White, Kathleen Madigan, and many more. He loved working with some of his most beloved friends doing the Nantucket Comedy Festival and looked forward to it every year so he could be with them. He recently released an album called "Hell is Real" and was very excited about promoting that album. Vic accomplished so much in his 57 years, more than we can mention. More than anything though, he loved his friends and he loved his family. He showed us all how much he loved us by how he showed up for each one of us every single day. He was the backbone of our family and held us all together. He was our hero. He never said a bad word about anyone, and no one could say a bad word about him. There was nothing but joy and happiness when Vic was around. He was the life of the party. He was one of the smartest people we knew, such a great storyteller, and his laugh was infectious. We miss him and hope he knows how much we loved him. He was an amazing son, brother, uncle, cousin, nephew, boyfriend, and friend to many. Vic was also an organ donor. As a dear friend mentioned, some fortunate souls will be receiving some of the smartest, funniest, and most compassionate DNA that has ever existed through Vic Henley. He is survived by his mother Gloria Henley Klein, brother Terry Henley and wife Lisa, brother Mike Henley and wife Donna, niece Tatum Singley and husband Rob, niece Katie Corley along with husband Franklin and daughter Louise (Weezie), and his girlfriend Nicki Hyland. Due to the Coronavirus outbreak, funeral arrangements are put on hold for now. We will have a celebration of life in Oxford, AL as well as one in New York, NY when we're allowed to gather together.

Victor Darrell Henley, known as Vic to family and friends, passed away on April 6th, 2020 from a pulmonary embolism. He was 57-years-old. Vic was from Oxford, AL and has lived in New York City for almost 30 years. Vic was a graduate of Auburn... View Obituary & Service Information

The family of Mr. Victor "Vic" Darrell Henley created this Life Tributes page to make it easy to share your memories.