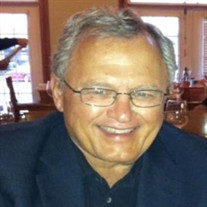 Dr. Ronald Mitchell Stewart of Anniston, Alabama died peacefully on January 8, 2022. He was 81 years old. Dr. Stewart was born in Anniston on February 8, 1940, minutes after his twin brother Donald. Dr. Stewart was the son of the late James Howard “Cobb” Stewart and Toledo Hall Stewart. He graduated from Anniston High School class of 1958. He received his undergraduate degree from The University of Alabama in Tuscaloosa, his Medical Degree from the UAB School of Medicine, completed his internship and residency at Carraway Methodist Medical Center in Birmingham and served at Moody Air Force Base in Valdosta, Georgia. He established his medical practice at Northeast Alabama OB-GYN. He was a Fellow of the American College of OB-GYN. He served as past OB-GYN Department Chief at NE Alabama Regional Medical Center and as Medical Staff Representative to the Quality Council to the Board. He also served on the State of Alabama Department of Public Health Region III Perinatal Advisory Committee. For a number of years, Dr. Stewart’s deep commitment to the care and treatment of his patients enabled the Anniston Regional Medical Center to maintain its maternity unit and to continue to provide maternity care to women in the Anniston area. In addition, Dr. Stewart was one of the original group of Anniston physicians who established the Anniston Surgery Center. Dr. Stewart passionately served such organizations as Carpenters for Christ and served on the advisory board of The Blackburn Institute, a student leadership development organization at the University of Alabama. He served as Treasurer and board member of Glen Addie Mission Church, served on the board of The Military Evangelism Center and taught Sunday School at Golden Springs Baptist Church. During his 52-year career, Dr. Stewart had the honor of delivering over 20,000 babies and had many second and even third-generation patients. Dr. Stewart was known by many for his legendary sense of humor, his genuine generosity and primarily for his devotion to his family, friends and patients. Dr. Stewart enjoyed Alabama football, fly fishing on the Nantahala River at his cabin in the mountains and singing karaoke at the Boathouse in Destin. Dr. Stewart is survived by his loving wife, Mrs. Loray Royall Stewart; his children Dr. Allison Stewart Cavender, Mr. Christopher Russell (Berkeley) Stewart, Mrs. Kelly Stewart (Mike) Brannam; his eight grandchildren Maddie, Bella, Mary Stewart, Esmee, Drew, Finn, Caroline and Christopher; his siblings Mr. James Howard Stewart, Jr., Mr. Donald W.(LuLu) Stewart, Esquire. and Ms. Jane Stewart Griffin; and many beloved nieces, nephews, great nieces and great nephews. He will be greatly missed by his loved ones and his faithful dog, Lilly, who was always with him. Visitation will be held at Miller Funeral Home in Oxford on Thursday, January 13 from 4-7 p.m. Memorial service will be held at Golden Springs Baptist Church on Friday, January 14 at 11 a.m. Graveside service will not be observed. Masks will be worn at the services. Pallbearers will be Taylor Stewart, Michael Yim, Patrick Yim, Tracy Johnson, Chris Hagan, and Lester O'Neal. The family asks that anyone who wishes to make a donation in Dr. Stewart’s honor, please contribute to the Michael J. Fox Foundation for Parkinson’s Research, UAB’s Parkinson’s Foundation or The Gideons International.

Dr. Ronald Mitchell Stewart of Anniston, Alabama died peacefully on January 8, 2022. He was 81 years old. Dr. Stewart was born in Anniston on February 8, 1940, minutes after his twin brother Donald. Dr. Stewart was the son of the late James... View Obituary & Service Information

The family of Dr. Ronald Mitchell Stewart created this Life Tributes page to make it easy to share your memories.