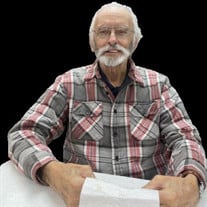 SGM Robert Clifton King Jr., 87, of Oxford, Alabama, passed away on Sunday December 5, 2021, at Regional Medical Center in Anniston, AL. Known as “Bob” to all his family and friends, recently went through several medical problems that lead to his passing. Robert was born on January 24, 1934, in Weston, West Virginia, he was an only child to Robert C King Sr. and Lora Arlene Ball King. In 1956 he married his first wife and had two daughters, Lillian and Lora, they later divorced. In 1976 he married his current wife of 45 years Louise H. King at Fort McClellan. They later adopted their daughter Meghan in 1987. Robert faithfully served his country for 27 years in the U.S. Army Infantry Division. He served one tour in the Korean War and two tours in the Vietnam War. During his service he earned many awards including a National Defense Service Medal, Vietnam Service medal with six (6) bronze stars, Korean Service Medal with one (1) Bronze star, Republic of Vietnam Campaign Medal, four (4) Oversea Service Bars, Combat Infantry Badge, Aircraft Crewman Badge, Air Medal, Driver Badge with Bar, Army Occupation Medal, Valorous Unit Award, Bronze Star Medal with First Oak Leaf Cluster, United Nations Service Medal, Army Commendation Medal, multiple Sharpshooter awards, Expert Qualification Badge, as well as moving up in rank to become a Sargent Major and a being a Military Police Officer before his retirement in 1980. After his retirement he earn two Associates Degrees one in Business and one in Marketing. After his military career he went to work at Parker Hannifin for 17 years where he later retired in 1996. When Robert retired from the U.S. Army, he ended his worldly travels and lived out the rest of his days in Oxford, Alabama. Mr. King was a life-time Masonic Lodge member. Robert was an avid reader where you would often find him deep into an old western novel or a military history book, especially anything from the civil war era. Bob lived his life to the fullest and kept his family laughing with his comical jokes, sayings, and word jumbles. He leaves behind to cherish his memory his wife Louise. His three daughters; Lillian (Jim Mitchell), Lora (Rich Henry), and Meghan (Josh Clark). Five grandchildren Jessica, Jonathan, Nolan, Connor, and Owen. Six great grandchildren Christopher, Alexander, Jullian, Lyla, Damitre, and Sebastian. Also, several nieces, nephews, extended family members, and friends. He was also a huge animal lover especially for dogs. Most days you would find him on the couch with his two lap dogs Oreo and Susie. Each day he enjoyed watching his two Labs, Roxie and Cooper roam the yard outside. Robert was preceded in death by his parents Robert C King Sr. and Lora Arlene Ball King. The family honored Robert’s final wishes by cremation, a memorial service will be held on Wednesday, December 15, 2021, at 3 PM at Cheaha Baptist Church 600 County Line Rd Oxford, AL 36203. The family requests anyone attending the service to dress casually and join them after the service for food and fellowship downstairs in the fellowship hall. Mr. King’s final resting place will be at Coldwater Cemetery with a private ceremony at a later date. The family would like to send a special thanks to Oxford Health Systems, Oxford Fire & Rescue, UAB Medicine and staff, Kindred Healthcare and everyone’s thoughts and prayers during this time. Also thank you to Miller Funeral Home in Oxford for their assistance to the family. Anyone who wishes to send flowers please have them sent to Cheaha Baptist Church before the service on Wednesday.

The family of SGM Robert Clifton King Jr. created this Life Tributes page to make it easy to share your memories.