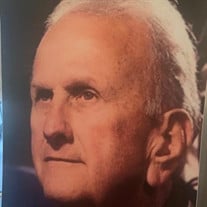 Robert M. Herring III was born in Edinburgh, Mississippi on March 5, 1940. He is survived by his wife, Gail Edmondson Herring, his four children: Reagan Herring Chase (Scott), Randa Herring Reese (Gil), Robert Maxwell Herring IV(Dana-fiance’), Ryan David Herring (Maggie), his seven grandchildren, Dillon Scott Chase, Stewart Gail Chase, Caroline Cole Herring, Ryan David Herring II, Matthew Allen Herring, Logan Brooke Todd, Leigha Briann Todd and his sister Harriette Herring Smith (William). Robert was known throughout the country as Coach, his family called him Big Dad. Coach Herring won 5 State Championships - two in Louisville, Mississippi at Winston Academy, three in Oxford, Alabama at Oxford High School. He was also awarded the Athletic Director of The Year for the Southeast United States in 1996, he was inducted into the Alabama High School Sports Hall of Fame in 2001, the Calhoun County Hall Of Fame in 2012, and was selected State Coach Of the Year in three states, as well as coaching the All Star games in three states. Coach Herring finished his career with 302 wins. Coach Herring grew up in Louisville, Mississippi and graduated from Louisville High School, lettering in five sports. After graduation, he attended Mississippi College where he played three sports and after one year transferred to Mississippi State University, where he received a Bachelor of Science Degree in Education and then obtained his Masters’ Degree from The University of Montevallo. Coach Herring’s career began at Monticello High School in Florida, then to Jones Valley High School in Alabama, The University of North Alabama, Winston Academy in Louisville, Mississippi, where he was the Head Football Coach and Headmaster for ten years, Oneonta High School Head Football Coach, Oxford High School as Head football Coach and Athletic Director for fourteen years, Newnan High School Head Football Coach for ten years. Coach Herring has touched countless lives in his career through coaching and teaching. Each life was forever held in his heart. He was not only a Coach to his players but a dad, mentor, friend and teacher - he was always teaching the sport by preparing his players for life. His greatest accomplishment was not on the field, but finding out that a player turned over his life to Christ. Coach Herring was preceded in death by his father, Robert M. Herring II, his mother, Lou Bounds Herring and his brother, David Bounds Herring. In lieu of flowers, donations can be made to Coach Robert M. Herring Scholarship Fund, benefiting student athletes at one of the schools where he coached. Visitation will be Friday, March 6th from 5:00-8:00pm at Saks First Baptist Church, with service following at that location on Saturday, March, 7th at 2:00pm.

The family of Coach Robert M. Herring III created this Life Tributes page to make it easy to share your memories.