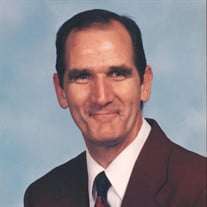 Mr. Reese ‘Wayne’ Champion Sr., 75 of Oxford, was promoted to Glory on June 21, 2020. He leaves behind to cherish his memory his three sons, Artie Champion and his wife Julie, Reese Champion and his wife Cindy, and Keith Champion and his wife Matina; his granddaughters, Whitney Champion, Amber Champion Danelutt and her husband Justin, Eve Ann Champion Blohm and her husband Jeff, Autumn Champion Ponder and her husband Dean, and Ada Belle Champion; great grandson, Evan Champion Blohm; great granddaughters, Everly Cotton Blohm and Lillian Marie Danelutt; siblings, Martha Kinder and her husband Don, Jimmy Champion and his wife Margaret, Donald Champion and his wife Susie, Ricky Champion and his wife Jeanette, Randy Champion and his wife DD, Stevie Champion and his wife Nina and Danny Champion and his wife Sharon; brothers in law, Steve Mockabee and his wife Elixis and Bill Mockabee and his wife Debra; his fur baby, Harley, and a blessing of too many nieces, nephews, cousins and extended family members to count. He is greeted in Heaven by his wife of 56 years, Libby Champion; parents, Ralph and Lucille Champion; siblings, Jerry Champion, Phyllis Frisby, Gayle Champion; parents in law, Louis and Lois Mockabee, and a nephew, Matthew Mockabee. If you looked up in a dictionary ‘Christian’, you would simply find Wayne Champion’s name listed. He prayed before every meal, loved others with a pure Christ-like love, never judgemental, and was willing to share the love and story of Jesus with just about anyone who would listen. He attended the Salvation Army in Anniston before attending Faith Baptist in Coldwater. He and his wife made Hillcrest Baptist Church their home church. In his early years, Wayne was active in the Boy Scouts making his way to become an Eagle Scout. He retired from Southern Tool, where he was a shipping and receiving supervisor, after 30 years of service. He and his wife volunteered at Coldwater Elementary for several years where they made several friends and nourished the lives of many children. A few years ago, he came out of retirement and worked part time for the City of Oxford. He was a phenomenal artist, creating many pieces for his family and his own home. He even tinkered with stained glass for a while and even those were beautiful. He was so creative and it made him one of the best story and joke tellers to walk this earth. Wayne could hold anyone’s attention with his intriguing fables, captivating stories and hilarious jokes. The good Lord broke the mold when he made Wayne Champion. There will never be another man as sweet, honest, gentle, or kind as him. The world became a little dimmer when he took his last breath. A service will be held on Thursday, June 25, 2020 at 5:00 pm in the Toby Miller Chapel at Miller Funeral Home with his brother in law, Bill Mockabee, officiating. Due to the current COVID-19 situation, the family will receive friends for a short period once the service is over. At his request, he will be cremated after the service and reunited with his love, Libby. The family would like to extend a very special thank you to the staff at Encompass Hospice for the gentle love and care they have shown not only Wayne but to the family during the last days. We would also like to thank Dr. Spremulli, Dr. Narkhede, the staff at UAB, and the staff at Spain Rehab for everything they did while treating him. To order flowers, please visit www.millerfloristandgifts.com or call 256-835-0911

The family of Mr. Reese 'Wayne' Champion Sr. created this Life Tributes page to make it easy to share your memories.