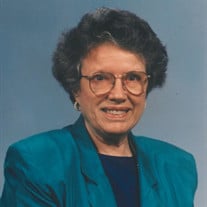 On May 5, 1922, a small coal mining town in Walker County, Alabama was graced with the birth of Mary Emma Jackson, a spirited dark haired girl. Mary’s father, Ras N. Jackson, was a coal miner who cut hair on the side; her mother, Lillie Mae Jackson, worked hard cooking, cleaning, and making the best home for her eight children. As a child, Mary loved reading in the newspaper about Princesses Elizabeth and Margaret Rose in England. As she grew older she enjoyed reading Eleanor Roosevelt’s newspaper column. As it did for many others in her generation, World War II changed Mary’s life forever. She moved to Birmingham in the early 1940s and went to work in a parachute factory, joining the ranks of millions of other women who served their country by entering the workforce. While living in Birmingham, Mary met Clifford John Paulson, a Minnesota farm boy turned soldier who was stationed in Birmingham. Their first date at Vulcan Park sparked a romance that survived Clifford’s deployment in North Africa and Europe. As soon as Clifford returned to the states in 1945 the happy couple married. About a year after getting married, Mary and Clifford welcomed a son into their life. Blond haired Steven John Paulson was born in 1946; six years later in 1952 dark haired Deborah Faye Paulson was born. As a foursome, the family lived first in the Woodlawn area and then for thirty years in Vestavia Hills in Birmingham, where they were long-term members of Shades Mountain Baptist Church. As the years went on, Steven and Deborah grew up and started families of their own. In 1989, Clifford and Mary moved to Anniston, Alabama where they both lived for the duration of their lives; Mary attended Golden Springs Baptist Church. Mary passed away at her home in Anniston on November 13, 2019, twenty years after her husband Clifford passed away in 1999. Several enjoyments brought Mary joy and happiness: Elvis Presley and his music, Willie Nelson, Nat King Cole, red birds, blue birds, ducks, flowers, pecan pie, crispy fried oysters, molasses, The Andy Griffith Show, Queen Elizabeth II and the British Royal Family, and Eleanor Roosevelt to name a few. Her favorite place in Anniston was Oxford Lake, where she loved feeding the ducks. More than anything, she loved her two children Steven and Deborah; her six grandchildren Elaine Paulson, Olivia Hargis, David Paulson, Nicholas Engleman, Lily Engleman, and Victoria Engleman; and her four great-grandchildren Hannah Hargis, Alyssa Hargis, Paul Hargis V, and Mila Hargis. The family is deeply and forever grateful for the unfailing care given to Mary by her devoted daughter Deborah and her family over the final years of her life. Mary Paulson was very loved and will be sorely missed. The family has requested that the services be private. Online condolences may be made to the family at: www.millerfuneralhomeoxford.com

On May 5, 1922, a small coal mining town in Walker County, Alabama was graced with the birth of Mary Emma Jackson, a spirited dark haired girl. Mary&#8217;s father, Ras N. Jackson, was a coal miner who cut hair on the side; her mother, Lillie... View Obituary & Service Information

The family of Mary Emma Paulson created this Life Tributes page to make it easy to share your memories.