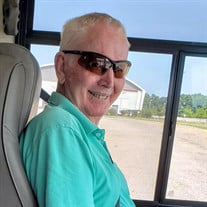 Joseph (“Joe” or “Pop”) Elisha Beasley, beloved husband, father, brother and grandfather, died October 9, 2021. He was born in Altoona, AL on April 23, 1943, and was currently a resident of Youngsville, NC. He is survived by his loving wife of 59 years, Patricia Beasley; daughter, Susan Beasley; son, Rick Beasley and daughter-in-law Theresa Beasley; sisters, Marie Smith and Bonnie Crow, and grandchildren, Tara Williams, Taylor Flanagan and husband Andrew Flanagan, and William Beasley and special friend Rachel Baltazar. Joe’s whole world centered around his family. He was known as “Pop” to his immediate family. He enjoyed traveling with Pat, helping out his children and grandchildren, family vacation travel, keeping up with extended family, genealogy and celebrating family-members’ accomplishments large and small. He was a decorated 20-year Army veteran, a surveyor and pilot. He served two tours in Vietnam, the second as a Cobra pilot. After his military career, Joe was a 20-year employee at the Army’s Flight School at Fort Rucker, AL, where he started as an Instructor, was promoted to Flight Commander, and served 10 years as the school’s Director of Training and Quality Control. He grew up in Alabama and was a life-long Alabama football fan. In retirement he lived in Pensacola, FL, Myrtle Beach, SC, and Youngsville, NC. The family will hold a celebration of his life November 20th, noon-2pm, in Youngsville, NC. In lieu of flowers, donations in the name of Joe Beasley can be made to Tunnel to Towers Foundation (t2t.org), which benefits catastrophically injured veterans and first responders and their families.

The family of Mr. Joseph 'Joe' or 'Pop' Elisha Beasley created this Life Tributes page to make it easy to share your memories.