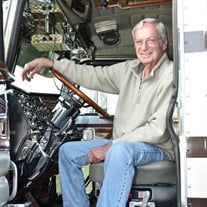 A celebration of life for Mr. John Clyde Ray, Sr. 82, of Eastaboga, will be on Thursday, January 30, 2020 at 11:00 am at FOX Sports 1 Dome at The International Motorsports Hall of Fame. Pastor Steve Hale will be officiating. The family will receive friends on Wednesday, January 29, 2020 from 5:00 pm – 8:00 pm at the same location. A burial will follow the service on Thursday at Eastaboga Baptist Church Cemetery. Mr. Ray passed away on January 26, 2020. He is survived by his wife of 47 years, Wanda Kay Ray; sons, Johnny Ray, Kevin Ray; daughters, Donna Carlson, Jonda Horst; grandchildren, Anna Ray, Chase Ray, Cole Ray, Adam Bentley, Elizabeth Bowling, Christian Everett, Daniel Goforth; great grandchildren, Cypress, Liliana, Nicole, Anthony, Danielle; siblings, Josephine Edwards, Don Ray, and a host of extended family members and friends. He is preceded in death by his father, Macon Ray Sr. (Hilda); mother, Mildred Ray; siblings, Pamela Phillips and Macon Ray Jr. Pallbearers will be Press Pope, Rashard Pope, Phillip Lee, Heath Ray, JR Phillips, and David Phillips with the Employees of John Ray Enterprise and the White Flag Club Members serving as honorary pallbearers. Mr. Ray served proudly in the United States Air Force. He was the longtime owner of John Ray Enterprises. Mr. Ray was an avid race fan, having raced motorcycles, Sprint Cars and NASCAR. In 1975, Mr. Ray set the world record for a semi-truck and trailer, driving 92 miles per hour around Talladega Superspeedway. He was also the owner and sponsor of many race teams. In 2001, Mr. Ray started one of the most iconic and patriotic traditions at Talladega Superspeedway. He began taking his rig with an American Flag on the back of it, around the Speedway during the National Anthem. He was an active member of The White Flag Club at Talladega Superspeedway, Anniston Elks Lodge #189, Alabama Auto Racing Pioneers, and the Old Timers Racing Club. Mr. Ray was a licensed pilot and aircraft owner. In his free time, he enjoyed working on his ‘toys’, spending time with his family, and living life to the absolute fullest. To his family, he was a loving and caring husband, father, grandfather and great grandfather. To others, he was simply a hero. In lieu of flowers, donations can be made to Victory Junction or your favorite charity. The family would like to extend a special thank you to Christy Studdard. To order flowers, please visit www.millerfloristandgifts.com or call 256-835-0911

A celebration of life for Mr. John Clyde Ray, Sr. 82, of Eastaboga, will be on Thursday, January 30, 2020 at 11:00 am at FOX Sports 1 Dome at The International Motorsports Hall of Fame. Pastor Steve Hale will be officiating. The family will... View Obituary & Service Information

The family of Mr. John Clyde Ray created this Life Tributes page to make it easy to share your memories.