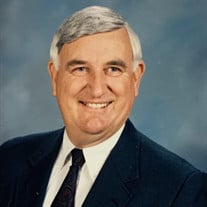 Eddie Claude Shortnacy passed away on his 80th birthday, January 1st , 2021. He died of natural causes in his home in Oxford, built by his parents Claude Elmer Shortnacy and Maude Shortnacy, surrounded by family and friends. He made contact with those he was closest to that could not be with him during his final days. He had been in the hospital and it was a blessing to have the remaining days of his life spent away from that isolation. After growing up an only child in Oxford, Eddie attended the University of Alabama, graduating in 1963 with a bachelor’s degree in Education. He earned his master’s degree some time later. Eddie was a die hard Alabama fan and it frustrated him that he knew he would not get to watch Alabama one last time on the day of his passing. Upon graduating from Alabama, Eddie married Anita Townes of Birmingham and moved there where they raised two sons, Allen and Michael who now live in Washington, DC and Los Angeles, CA respectively. Allen’s daughter Eddie coached and was an assistant principal in the Mountain Brook school system during the 70s as well as Pinson Valley High School in the 80s. After divorcing, Eddie returned to Oxford in the 90s to serve as a principal at Oxford Middle School and eventually finishing his career at the Board of Education while also pursuing small business opportunities mostly selling fundraising opportunities to his network of educators and athletics coaches he developed over the course of his career. During these years he remarried to Brenda Bradshaw who passed away in 2015. Since that time Allen’s only child, Ashley, now 13, was the brightest spot in his life as evidenced by the photos of her that adorned his home. Eddie was a lifelong teacher and seemed to know everyone as there were very few people he didn’t like and that feeling was generally mutual. Most that were taught by him or his colleagues have fond memories of Eddie and he will be missed. He enjoyed athletics of all kinds. While competitive as a coach and player of any sport, it was always mostly about the teaching as that is where he seemed to derive most of his joy, helping others do better. He was a man of the Lord and strived to be the best Christian he could be. He had so many lifelong relationships, especially with Jesus Christ, our savior, who he has gone to be with as well as his parents and his second wife, Brenda. They will be together for all eternity in Anniston Memorial Gardens on Saturday, January 9th at 2:30 PM, officiated by the retired Reverend from Hillcrest Baptist Church, Brother Rick Reaves. There will not be another viewing or service, so in lieu of flowers please find it in your heart to make a donation to the Big Oak Boys Ranch in his name @ https://bigoak.org/donate/

Eddie Claude Shortnacy passed away on his 80th birthday, January 1st , 2021. He died of natural causes in his home in Oxford, built by his parents Claude Elmer Shortnacy and Maude Shortnacy, surrounded by family and friends. He made contact... View Obituary & Service Information

The family of Mr. Eddie Claude Shortnacy created this Life Tributes page to make it easy to share your memories.

Eddie Claude Shortnacy passed away on his 80th birthday, January...