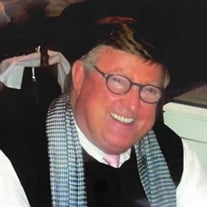 Funeral services for Mr. Danny Kemp, 70, of Miramar Beach, FL formerly of Oxford, will be held on Friday, May 21, 2021 at 12:30 p.m. in the Toby Miller Chapel at Miller Funeral Home. The family will receive friends from 11:00 a.m. until the time of the service in the parlor. He is survived by his daughter Traci Shaw (Andy) of Alexandria, son Tyler Kemp (Missy) of Hoover, grandchildren Riley Shaw, Addie Grace Shaw, Annabelle Kemp, and Lydia Kemp, sisters, Sheila Brown and Bobbi Kemp of Oxford, sister-in-law Gail Kemp of Anniston, nephew, Brandon Kemp (Julie), nieces Kerrie Stacks (Travis), Tiffany Griffin (Jason), and Kendra Watson (Casey), as well as several great nieces, nephews and extended family members. Mr. Kemp was a 1968 graduate of Oxford High School where he was a kicker for the football team. He attended Jacksonville State University on a football scholarship and was a member of the 1970 Mid-South Conference Championship Football Team. He led the Gamecocks in scoring in 1968 and held the longest field goal record until 2003. He was awarded one of the most valuable player awards for the 1971 team and was also All-Gulf South Conference. He graduated from JSU in 1972. Mr. Kemp was an active member of Village Church in Destin, FL. He is preceded in death by his parents James and Mary Kemp, and brother Terry Kemp. Pallbearers will be Don Hudson, Dan Perry, Jim Blankenship, Bobby Marcum, Allen Williams, Terry Henley, and Henry Hobbs. Honorary Pallbearers will be members of the 1970 JSU Mid-South Conference Championship Football Team and the JSU Football Teams from 1968-1971. The family would like to express their appreciation to the Neuro-ICU nurses at Grandview Medical Center and CVA of Birmingham for the love and care that was given to their father. In lieu of flowers donations may be made to the Charley Pell Athletic Scholarship JSU Foundation at 700 Pelham Road North Jacksonville, AL 36265 or the American Heart Association. Click this link to give: http://www.jsu.edu/giving

Funeral services for Mr. Danny Kemp, 70, of Miramar Beach, FL formerly of Oxford, will be held on Friday, May 21, 2021 at 12:30 p.m. in the Toby Miller Chapel at Miller Funeral Home. The family will receive friends from 11:00 a.m. until the... View Obituary & Service Information

The family of Mr. Danny Ray Kemp created this Life Tributes page to make it easy to share your memories.