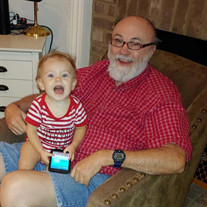 Brent David Martin passed away on November 13th in Huntsville, AL at the age of 67. He was born in Anniston, AL on July 20th 1953; the son of John “Frank” Martin and Sally (Smith) Martin of Coldwater. A memorial service will be held at Eulaton United Methodist Church in Eulaton on Sunday the 22nd at 2:00 pm. Masks and compliance with social distancing guidelines are requested by the family. Survivors include his children, Halley Martin and John David Martin, three siblings: Linda (Robert) Snead, Phillip (Pam) Martin, and Paige Martin. He leaves behind his friend and ex-wife Julie (Doug) Robertson and granddaughter Audrey Martin (who called him “Paw Paw”), aunts Clara Soleman, Adeline Martin and Bobbie Ann Martin, as well as many beloved nieces, nephews and cousins. He is preceded in death by his parents, Frank and Sally Martin, and longtime friends Mark Mears, and Larry and Dianna Shuniak. Brent graduated second in his class from Oxford High School in 1971 and Auburn University in 1976 with a B.S. degree in Aerospace Engineering, going on to receive his M.S. degree from Auburn in 1978. While pursuing his degree, Brent worked as a Co-Op engineer at NASA’s Langley Research Center in Virginia. Post graduation, he accepted an engineer position with TRW in Loma Linda, California. After California, he spent several years working for TRW in Germany. He returned to Alabama and settled in Huntsville, where he lived with his then wife, Julie and their two children, Halley and John David. Brent’s lifelong love of languages and computers were his favorite topics of conversation. Brent amassed a large library of technical books on these subjects. He also collected computers of every type and vintage. He loved to share his knowledge and enthusiasm with anyone who would listen. A loving and generous man, he will be missed by his many family members, countless friends and a far-reaching group of internet penpals. The family requests that in lieu of flowers, donations in his memory be made to maintain the cemetery at Eulaton United Methodist Church, 401 Westover Rd, Anniston, AL 36201.

Brent David Martin passed away on November 13th in Huntsville, AL at the age of 67. He was born in Anniston, AL on July 20th 1953; the son of John &#8220;Frank&#8221; Martin and Sally (Smith) Martin of Coldwater. A memorial service will be held... View Obituary & Service Information

The family of Brent David Martin created this Life Tributes page to make it easy to share your memories.

Brent David Martin passed away on November 13th in Huntsville,...